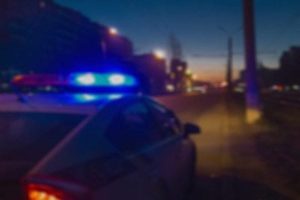 FORT WAYNE, Ind. (ADAMS) – Police have a juvenile suspect in custody for allegedly stealing a car last night with two children inside.

It happened around 6:30 p.m. in the 3700 block of Hessen Cassel Road. The suspect led police on a chase after being spotted around 7 p.m.

The pursuit ended when the vehicle hit a utility pole. The children were not in the car when it crashed and the suspect told officers where they were and they were returned to their parents.

The FWPD released the following:

On Thursday December 8th 2022 at approximately 630 pm officers with the Fort Wayne Police Department were dispatched to the 3700 block of Hessen Cassel regarding a stolen vehicle. Officers learned that 2 young juveniles were inside the vehicle when it was stolen. With the assistance of the FWPD Air Support Unit and Fort Wayne Fire Department, Officers immediately began canvassing the area for the vehicle. Approximately 30 minutes later at around 7pm officers located the vehicle and attempted to effect a traffic stop. The driver failed to yield to officers leading to a vehicle pursuit which lasted approximately 3 minutes. The suspect then struck another vehicle near Hessen Cassel and Wayne Trace, then a utility pole rendering the vehicle disabled. The suspect then fled on foot and was apprehended by a K-9 officer and his partner almost immediately. The 2 juveniles were not located in the vehicle. The suspect, a male juvenile, was taken into custody and treated for minor injuries incurred during the apprehension. The occupants of the vehicle struck by the suspect were not injured. The suspect disclosed to officers on scene where the juveniles were and cooperated in recovering them. Both juveniles were located unharmed and returned to their parents. The power utility pole struck caused intermittent power outages in the area, and is being repaired by AEP. As of this time the roadway has been reopened to traffic. This incident remains under investigation by the City of Fort Wayne Police Department, and the Allen County Prosecuting Attorney’s Office. 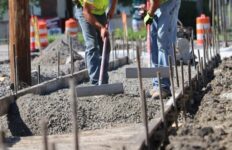 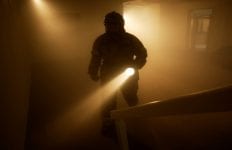 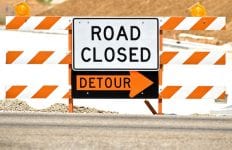 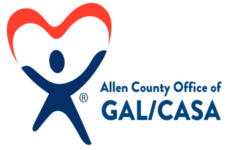 New CASA volunteers to be sworn in Monday→