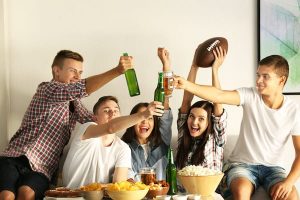 Super Bowl 56 is February 13th at the new SoFi Stadium in Inglewood, California . . . which is home to the Rams and Chargers.

The show also serves as a bit of a homecoming . . .  Dre and Kendrick are both from Compton and Snoop is from Long Beach.

Dre said, quote, “The opportunity to perform at the Super Bowl Halftime Show, and to do it in my own backyard . . . will be one of the biggest thrills of my career.”

Between the five performers . . . they have 43 Grammy awards and 19 Billboard Number 1 albums.

Babies Start to Develop a Sense of Humor at One Month→

Break Up With Your Partner Now, Before The Holidays→

Four Things to Look Forward to in December→