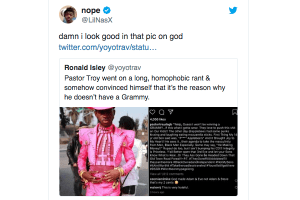 1.  It looks like SYLVESTER STALLONE is embracing the grey.

Sometimes I wake up I feel like doing nothing. Just relaxing. Just very true. If anyone says different, they’re lying – it’s human nature. Then you roll over, get a little mad at yourself, and realize to get anywhere you’ve got to make a deposit in the GOAL BANK. So, I’ll go back to my favorite phrase and do it!! #KeepPunching

damn i look good in that pic on god https://t.co/dIIKzTFa6X

3.  GATEN MATARAZZO from “Stranger Things” had a fourth operation yesterday to treat his Cleidocranial Dysplasia.  That’s the condition that keeps his teeth from coming in.

Surgery number 4! This is a big one! To learn more about Cleidocranial Dysplasia and how you can help those with the condition you can go to ccdsmiles.org.

5.  This could be a joke, but the NEW PORNOGRAPHERS unveiled a new T-shirt just for kids. 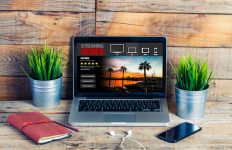 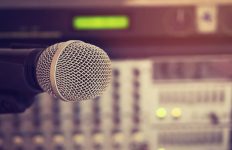 Characters You Didn’t Realize Were Voiced by the Same Actor→