INDIANAPOLIS, Ind. (ADAMS) – The state of Indiana is rich in history. Did you know the following things happened the week throughout the Hoosier state? The Indiana Department of Administration compiled a list of notable events in this week’s Hoosier History Highlights.

Name the Hoosier city in which you will find each of the following:

May 29, 1977, Janet Guthrie became the first woman to drive in the Indianapolis 500 Mile Race

May 26 – June 1
The Week in Indiana History
1840 William Henry Harrison launched his campaign for President at the Tippecanoe Battlefield near Lafayette. More than 30,000 supporters attended the festivities, which included bands, floats, speeches, songs, refreshments, and the introduction of the slogan, “Tippecanoe and Tyler, Too.” The event set the tone and style of most future presidential campaigns.

1851 The Indiana State Board of Agriculture was organized, with Governor Joseph Wright as president. Members began making plans for the first Indiana State Fair, which would be held in October of the following year.

1910 Orville and Wilbur Wright visited the Indianapolis Motor Speedway to make plans for a six-day aerial show coming up in June. The brothers brought several of their “flying machines” to the show, and one of their pilots, Walter Brookins, set an altitude record of 4,928 feet.

1918 Herb Shriner was born in Toledo, Ohio. As he often stated, his family “moved to Indiana as soon as they heard about it.” He grew up in Fort Wayne and became a radio and TV personality. He played the harmonica and told homespun tales of small town life in the Hoosier State. Popular nationwide, he was often compared to Will Rogers. His sons, Will and Kin, also went into show business.

1949 WFBM went on the air as the first television station in Indiana. Broadcasting on channel 6, the first day’s programming included live coverage of the Indianapolis 500 Mile Race. The station continues today as WRTV.

Quips from Herb Shriner
Living in a small town is peaceful. You don’t do much. You’re afraid to. You’re sure to get caught.

Hoosiers are congenitally inquisitive. That means nosy, in a nice sort of way.

My hometown had one big trouble. Not enough get-up-and-go. Actually, we’d get up, but there wasn’t any place to go. 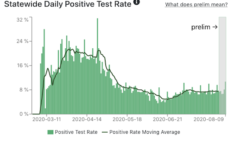 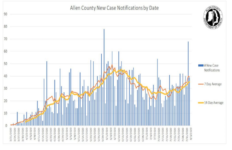 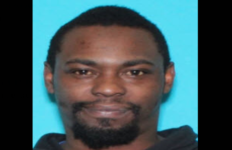 FWPD looking for person of interest in hotel shooting→ 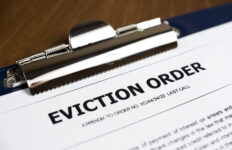