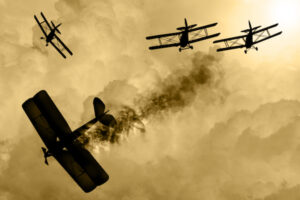 INDIANAPOLIS, Ind. (ADAMS) – The state of Indiana is rich in history.

Did you know the following things happened the week throughout the Hoosier state?

The Indiana Department of Administration compiled a list of notable events in this week’s Hoosier History Highlights.

But first…let’s take a ‘Quick Quiz’

2. He served as Governor of Indiana.

3. He was a United States Senator from Indiana.

4. He was the first President to have electricity in the White House.

5. He is buried at Arlington National Cemetery.

1922 Raymond Blackwell and William Bridges, two students on the Franklin College newspaper staff, held a high school journalism convention. Over 250 editors and sponsors attended the event on the Franklin campus. Subsequent meetings led to the formation of the Indiana High School Press Association, one of the strongest scholastic press organizations in the nation.

1938 The “War of the Worlds” radio drama convinced many listeners that Martians had invaded the Earth. The classic story by H. G. Wells was presented as a series of news bulletins that interrupted regular programming. Many tuned in after the show’s introduction and grew alarmed as the announcer described the arrival of alien monsters. In Indianapolis, a woman ran into St. Paul Methodist Church on Eugene Street during the Sunday evening service. She said, “New York has been destroyed! I believe the end of the world has come. I heard it on the radio.” Rev. Charles Lizenby then gave a short prayer and announced that those who wanted to leave could do so. Several in the congregation departed as he continued the service. A short time later, those members returned to say that it was a false alarm caused by the radio drama.

1944 President Franklin D. Roosevelt, campaigning for his fourth term, made a stop in Fort Wayne. He spoke from a special stage built next to railroad tracks at the crossing near Harrison and Pennsylvania Streets. He said, “I have a conviction that the people of Indiana. . . know that I am the same Franklin Roosevelt who started campaigning 12 years ago. . . I wear the same-sized hat.” It was Roosevelt’s last appearance in the state. He died six months later.

1948 Renovations were completed in the House and Senate chambers at the Indiana Statehouse. The $750,000 project included additional meeting rooms and offices, oak-paneled walls, plush new carpet, and new desks with red leather chairs. Upgraded seating was also provided in the public galleries.

1970 The Indianapolis Museum of Art opened at its new location at Oldfields, the Lilly family estate at Michigan Road and 38th Street. Over 1,000 people witnessed the ribbon-cutting by Mayor Richard G. Lugar. Indiana Governor Edgar D. Whitcomb told the crowd, “The museum will shine from this day on as the brightest light of art and culture in Mid-America.”

Hoosier Quote of the Week:

“I had an instinct to gravitate towards people who were smarter than I was, teachers that were nice people trying to do things in life that were constructive.”

Did You Know?
The Art Association of Indianapolis was founded in 1883 with an exhibit at the English Hotel on the Circle. In 1895, a grant from real estate investor John Herron helped finance the purchase of property and construction of a building at 16th and Pennsylvania Streets. The site was the former home and studio of well-known Hoosier artist T. C. Steele. In 1906, the John Herron Art Institute opened in a handsome building designed by Arthur Bohn of the architectural firm of Vonnegut and Bohn. In 1969, the name was changed to the Indianapolis Museum of Art. The following year, the move was made to the new Krannert Pavilion on the Lilly Estate at 38th and Michigan Road. The name “Newfields” was incorporated in 2017 to include the art museum and the entire campus of buildings and gardens. The old museum building is now home to Herron High School. 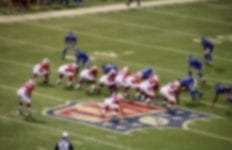 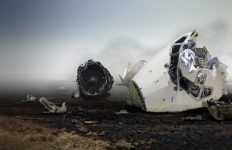 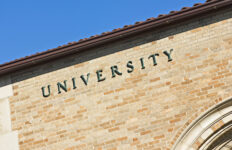