“Certainly, much of that growth can be tied to the recent completion of Pufferbelly sections from Lawton Park to Fernhill Avenue, Washington Center to Wallen Road, and the underpass connection at Dupont Road. That’s why we’re excited to move forward with the last phase of the Pufferbelly Trail,” said Dawn Ritchie, Greenways and Trails Manager for the City of Fort Wayne. “Completing the section from Washington Center is a significant connection to our entire trail network.”

A critical 1.78 miles is needed to complete the Pufferbelly Trail in Fort Wayne and that section will dramatically transform connectivity in Fort Wayne. Much like the “golden spike” that completed the transcontinental to connect from east to west in the 19th century, the “golden spike section” of the Pufferbelly will create a network of 110 miles of interconnected trails.

The City of Fort Wayne is seeking three million dollars from the State’s recently announced Next Level Trails Grant program to build the final phase of the Pufferbelly. As part of the application, it is important to show community support with letters and finances. Fort Wayne Trails, Inc. is seeking local financial help to raise additional funds for the “golden spike”. The funds, coupled with the City’s commitment to funds for land acquisition and design work, will strengthen the application for the Next Level funding.

Fort Wayne Trails, Inc. is also seeking letters of support from local business and community groups. If you would like to write a letter of support, a template is available. Contact Angie Quinn at [email protected] for more information. The deadline to be included with the grant application is October 25, 2019.

“Partnerships and Grants are essential to future trail growth,” said Megan McClellan, C EO of Fort Wayne Trails, Inc. “Our chances of receiving Next Level Trail funding are enhanced if we can show community support, both financially, and with letters and testimonials.”

The Pufferbelly Trail is a portion of the Poka-Bache Connector, the State visionary trail that will connect Ouabache State Park in Bluffton to Pokagon State Park in Angola. The 81-mile trail goes through Wells, Allen, Dekalb and Steuben County. Currently, 32 miles of the trail are complete. 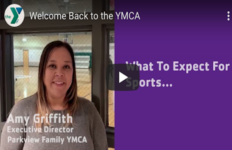