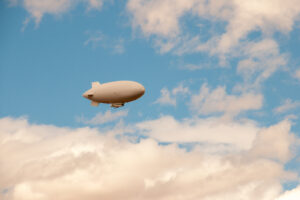 – Russian cosmonauts used to carry special pistols to space . . . so they could shoot any bears and wolves that attacked them when they landed in Siberia.

–  The official bird of the city of Redondo Beach, California is the Goodyear Blimp.

–  The sentence “Anger?  ‘Tis safe never.  Bar it!  Use love!” is a bilingual palindrome, which means it has the same meaning in Latin if you read it backward.

It becomes “Evoles ut ira breve nefas sit; regna,” which translates to “Rise up, in order that your anger may be but a brief madness; control it!”

–  Diarrhea was the leading cause of death for troops in the Civil War, and soldiers had an honor code where they wouldn’t shoot someone who was pooping.

– The average American spent 172 hours of the lockdown drunk, according to a new poll.  That’s seven full days, plus four hours.  (Full Story)

–  A survey found the best things about working from home are a more flexible schedule, more quality time with family, you’re more productive, there’s no commute, and you don’t have to dress up.  (Full Story)

–  Looking to ride out the pandemic somewhere tropical?  Barbados just announced they’ll be offering 12-month visas to anyone who wants to come to their country to work remotely.  They’ve only had 98 coronavirus cases and seven deaths so far.  (Full Story)

–  Even though most people don’t drink Busch Light for the taste, Anheuser-Busch is rolling out a new fall flavor . . . Busch Light Apple.  It’s starting to hit stores now.  (Full Story)

–  Big Boy just announced they’ve changed their mascot from Big Boy to a girl named Dolly.  And while they’re pretending it might be permanent, this seems similar to when IHOP changed its name to IHOB a few years ago to promote burgers . . . because Big Boy just rolled out a new chicken sandwich called The Dolly.  (Full Story)

–  The police in Chicago found a stolen SUV on Sunday morning and towed it to their station.  But less than two hours later . . . someone else stole the SUV right out of their parking lot.  The cops are now investigating BOTH thefts.  (Full Story)

We Now Go to Starbucks at Different Times Because of coronavirus→