– IKEA does about $1.8 billion in food sales every year . . . with about 650 million people eating at their stores.

–  The original title for Michael Jackson’s “Thriller” album was going to be “Midnight Man”.

–  Johnny Rockets is named after Johnny Appleseed and the Oldsmobile Rocket 88 . . . because the founder felt those were two things that embodied the “classic Americana” vibe he was going for.

–  Tim Burton did NOT direct “The Nightmare Before Christmas” . . . he just produced it.  The director was a guy named Henry Selick.

–  The praying mantis is the only insect that can turn its head and look over its shoulder.

– The World Health Organization just officially classified BURN OUT as a new disease.  The definition is, quote, “chronic workplace stress that has not been successfully managed.”  And that means that soon, doctors will be able to diagnose burn out and prescribe treatments.  (Full Story)

–  IHOP is doing another name change stunt like they did last year when they briefly became “IHOB,” with a “B” for “burgers.”  They tweeted yesterday they’re changing their name to . . . IHOP.  Yeah, even though that’s already their name.  Quote, “What could the P be?  Find out June 3rd.”  (Full Story)

– A video is going viral right now from a Wendy’s in Florida of an employee taking a BATH in one of the kitchen sinks.  Wendy’s says he no longer works at the store.  (Full Story)

–  There’d been a rumor that Arby’s would be joining the trend of adding a plant-based meat item to their menu . . . and they responded by issuing a press release saying NO WAY.  Quote, “Contrary to reports . . . the chances we will bring plant-based menu items to our restaurants, now or in the future, are absolutely impossible.”  (Full Story)

–  The newest nostalgia product on the market is . . . Garbage Pail Kids Cereal.  The cereal features pink “crazy crisps” with marshmallow “barf bits.”  If you want it, it’s $10 a box at FYE.  (Full Story)

–  A woman in Colombia was trying to eavesdrop on her neighbors last week, so she stuck her head through their gate . . . and it got stuck.  It took FIVE HOURS before emergency crews could get her free.  (Full Story)

–  A guy in Oregon broke into a barn on Saturday to steal some gas while he was trying to get away from the cops.  But then his engine seized up and he got arrested, because he didn’t realize the fuel he stole was DIESEL.  (Full Story)

–  A guy stole $1,450 from an Arby’s in Florida last week . . . then ran and hid in a McDonald’s bathroom.  When the cops found him, he said he stole the money because it was “calling out” to him.  He’s facing felony grand theft charges.  (Full Story)

–  The cops in Louisiana are looking for a woman who went to a Walmart earlier this month and stole a shopping cart full of just two things:  Vodka and toilet paper.  She’ll be facing theft charges.  (Full Story)

–  A 90-year-old Korean War vet passed away this month.  And his only living relative couldn’t make it to his funeral because of a health issue.  But then 400 random people who heard about it showed up on Saturday to pay their respects.  (Full Story) 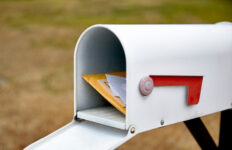 Why People Are Finding Dryer Sheets in Their Mailboxes→ 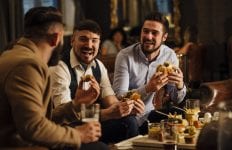 Booze Literally Brings Us Closer Together→ 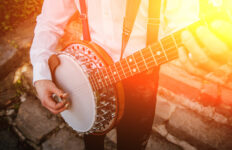 How About Some Mozart on a Banjo? (It’s Really Good)→ 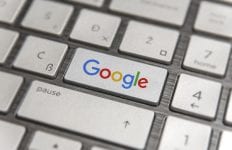