FORT WAYNE, Ind. (ADAMS) – If you missed out on getting a ticket to either of Addison Agen’s shows at The Embassy Theatre, you have another chance to see the Fort Wayne singing sensation.

And there are more seats in the venue for her latest show at the Memorial Coliseum, 13,000 to be specific.

Addison will perform at the Winter Jam 2018 Tour Spectacular. The show is Thursday, February 8th.

Tickets are a $15 donation and you can get them at the door the night of the show.

Addison, the Fort Wayne native who made it all the way to second place on NBC’s “The Voice”, will also join the Winter Jam for stops in Indianapolis and Detroit. 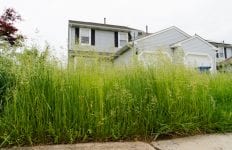